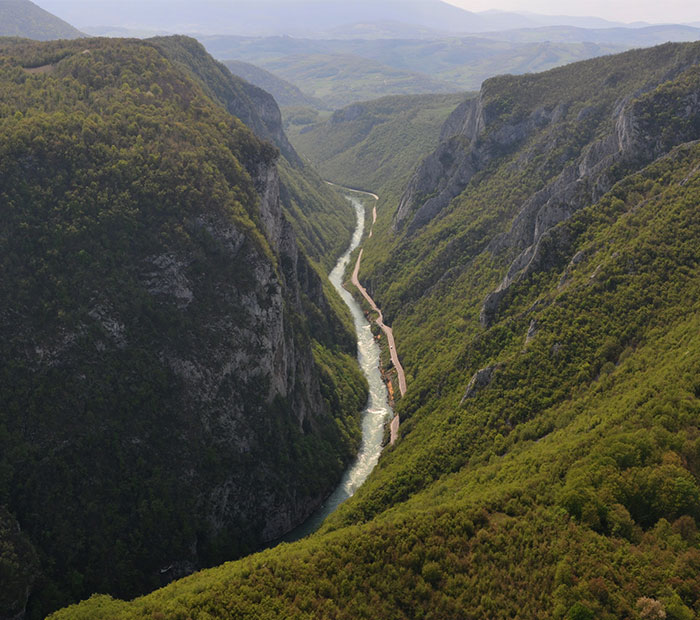 Banja Luka Airport is the only airport in the Republic of Srpska which is open for international transport. The long-term plan for the development of this company includes the takeover of the leadership position in terms of cargo traffic in the region.

Company “Railways of the Republic of Srpska”, joint-stock company Doboj transports around 5 000 000 tons of different kinds of goods annually. 50% are the goods for export, import goods amount to 20% and 30% are goods in transition.

There are three mobile operators in the Republic of Srpska: “m;tel”, “BH Telekom”, and “Eronet”. In April 2019 these operators got a licence to launch 4G network.

More than 90% of the overall amount of goods is transported by road traffic.

Road network in the Republic of Srpska is consisted of:

By adopted strategic and planned documents of the Republic of Srpska, besides the already built highway Banja Luka- Gradiška and Banja Luka-Doboj, there is the plan for building highways in the following directions:

Restructuring deals with ownership, organization and financial issues as well as the investment plan for the next ten years.

“Railways of the Republic of Srpska” needs investments in infrastructure and procurement of towing vehicles, as well as electrical and diesel motor vehicles for passengers in order to improve the quality of service.

When it comes to the repair of the railways in the direction BanjaLuka – Novi Grad – border of the Republic of Croatia, negotiations with Chinese companies are in progress.

The direction Doboj (Srpska Kostajnica) – Šamac is set to be repaired soon. It is estimated that the cost will be around 140 million euros. A significant amount of money will come from grants (up to 50%).

The direction (Doboj) Tuzla – Zvornik – border of the Republic of Serbia, where the tunnel Križevići is located, is electrified and it demands repair. Research project are to be obtained regarding this from IPA 2017.

Apart from the port in Šamac, which is capable of accepting the ships which carry up to 1500 tons of cargo and transshipment of cargo, there is Brod Refinery, open for docking and transshipment of petrol and petrol products. The docks in Gradiška and Rača are in plan to be built.

The Banja Luka airport is the only airport in the Republic of Srpska open for international traffic.

Since 2013 there has been the regular flight of “Air Serbia” Belgrade – Banja Luka – Belgrade.

Since the winter flight timetable in 2018, “Ryanair” flights to Brussels, Memmingen and Stockholm have been established. The flights take place twice a week to all three destinations.

In April 2019, the “Ryanair” company established the flight Banja Luka – Berlin – Banja Luka, twice a week. This company expects that these four regular flights will provide transport for more than 135 000 of passengers over the airport in Banja Luka.

Furthermore, the negotiations regarding establishing the direct flights Banja Luka – Moscow and Banja Luka – Vienna are in progress.

The airport has a runaway which is 2600 h and 45 m in length as well as other lanes and platforms. The landing building has been reconstructed with amenities necessary for arrivals and departures of passengers of international flights.

The building of a modern cargo object is in progress which stretches on 1360 m² which will be accompanied by modern cutting edge equipment which will provide fast and safe shipping of all kinds of goods which can be transported by plane. The services which the airport provides are the following: arrivals and departures of planes, passengers and luggage; arrivals and departures of goods and their storage; sale of jet fuel – JET A1; services of VIP lounge, catering services; trade services; parking for 100 cars.

The long term plan for this airport is to become the cargo leader in the region.

“Telecom Srpske” is the main provider of landline phone service in the Republic of Srpska, functioning as a very strong operator. However, there are other operators on the market as well. The overall number of landline phone subscribers on the “m:tel” network is 227. 251 ending with 31. 12. 2018.

There are three main operators in the Republic of Srpska which are very strong on the market. Those are: “m:tel”, “BH Telecom” and “Eronet”, as well as other operators.