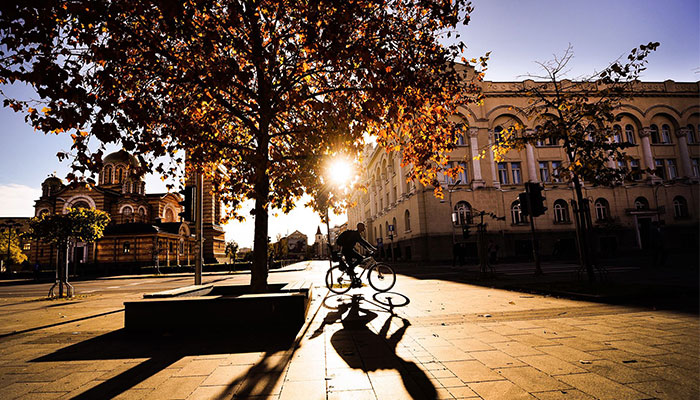 Placed in the heart of the Balkans, where geographical, political and cultural influences of Eastern and Western civilizations have been mingling for years, the Republic of Srpska represents the country with very rich culture which has been blooming for centuries.

Getting to know all the beauties the Republic of Srpska is abundant with is possible through various festivals, sports competitions, gastro, cultural, entertaining and many other events. Long-term work on cultural technological, economic and political prosperity has made the life in the Republic of Srpska similar to the life of the population in the European Union.

The bright spirit of its inhabitants, rich in gastro offers, pleasant environment and numerous sports and other manifestations are the reason  for the increased tourist interest in visiting the Republic of Srpska and the motive to come back again.

The education system of the Republic of Srpska

Тhe Republic of Srpska  is located in the heart of the Balkans, where the Eastern and Western civilisations meet geographically, politically and culturally,  enriching the centuries old culture in this region.

Cultural, technological, economic and political prosperity which characterizes the Republic of Srpska for the past years, makes life here not so different from life in the countries of the European Union. When you visit this country, which is located on the intersection of important roads and where the other cultures have been clashing for centuries, you can stay in the hotels of all categories, enjoy the most beautiful Balkan delicacies, visit museums, galleries, theatres, cinemas…

Festivals, sports competitions, gastro, cultural, entertaining and numerous other events are one of the ways to meet the beauty and spirit of Srpska. In the last few years, the Republic of  Srpska has hosted a number of international events, which have a traditional character and are attracting a growing number of domestic and foreign tourists to these areas.

In addition to a rich gastro offer, anyone who comes to the Republic of Srpska has the opportunity to feel the spirit of its inhabitants. There are numerous opportunities for great entertainment and all it takes to enjoy is to be in a good mood.  In all the towns of the Republic of Srpska there are numerous dining options – restaurants where you can enjoy in ethno-ambience with the sounds of  “tamburica” and clubs that work until the early morning hours.

In the Republic of Srpska, especially in Banja Luka, there are many hotels, motels, overnight stays and lodgings. The prices range from €30 to €130 per night.

The citizens and all visitors have at their disposal modern and well-equipped shopping centres, with a wide range of goods and services, pharmacies, banks, post offices and numerous other institutions and services necessary for the life of a modern man. Most banks and post offices are open from 8.00 a.m. to 6.00 p.m. on weekdays and from 8.00 a.m.  to 2.00 p.m.  on Saturdays.  Credit cards such as Visa, Master Card, Diners and others are accepted in most major shops, hotels and restaurants.

Telephone prefix + 387 is used for calls to the Republic of Srpska from abroad. Some most important telephone numbers are: police-122, firefighters-123, ambulance-124, road assistance-1285,  24 hours at your disposal.

There are several car rental companies in the Republic of Srpska, which allow all citizens and tourists to rent a vehicle or book transportation services to the airport or bus station at affordable prices. Prices of car rental are about €55 in a period of one to four days.

The Republic of Srpska travel infrastructure is currently comprised of 106 km of highways, over 4,200 km of freeways and regional roads and over 6,000 km of local roads.

By adopted strategic and planned documents of the Republic of Srpska, in addition to the constructed, the construction of new ones is planned, as well as the repair of existing roads, which would significantly contribute to the improvement of domestic and international transport.

In addition to the built-in highway Banja Luka-Gradiška and Banja Luka-Doboj, construction of highways is planned in the following routes:

In addition to the network of highways, it is planned to build fast roads, as well as the freeways and regional roads in the Republic of Srpska on the following routes:

Banja Luka Airport is the only airport in the Republic of Srpska that is open to international traffic. From 2013 the regular line was introduced by “Air Serbia ” Belgrade-Banja Luka-Belgrade, and starting with the winter timetable in 2018, the flights by “Ryanair ” to Brussels, Memmingen and Stockholm were introduced. . The flights take place twice a week for all three destinations.

Since April 2019 the company “Ryanair ” has introduced the line Banja Luka-Berlin-Banja Luka, twice a week. The expectations of this airline are that the flights to these four destinations will provide transportation for more than 135,000 passengers via Banja Luka airport.

During the summer of 2018 the charter flights to Antalya and in 2019 to Greece and Antalya were introduced. Furthermore, negotiations regarding the direct flight Banja Luka-Moscow, as well as Banja Luka-Vienna are in progress.

Banja Luka airport has an excellent geographic position in Bosnia and Herzegovina, excellent weather conditions for flying in summer and in winter, and it is the only airport in Bosnia and Herzegovina with the possibility of landing from both directions. The construction of a modern cargo structure of 1,360 m² is underway, which will enable fast and safe loading of all types of goods that can be transported by planes.

Population in Srpska  is provided with the  Internet access through numerous providers, including the operator  “m:tel”, which has the biggest number of users.

The education system of the Republic of Srpska

Preschool education can be organized for every child in the year prior to the school for at least three months. This program is achieved in preschool institutions and some elementary schools in areas where there are no pre-school institutions, based on the proposal established by the Government, as well as on the provided funds in the budget of the Republic of Srpska and other sources of financing.

The price of stay in preschool institution in the public sector that is paid by parents is from 70 KM in Berkovići to 200 KM in Istočno Novo Sarajevo, and in private sector they range from 120 KM in Rogatica, to 580 KM in Banja Luka.

Elementary education is mandatory and free for all children from the age of six to fifteen.  There are 187 central elementary schools in the Republic of Srpska, 482 district departments, 11 music schools and four elementary schools for children with developmental disabilities.

In the first grade of elementary school in the school year 2019/2020 in the Republic of Srpska, 9,466 students were enrolled. Depending on the needs and possibilities, schools organise an expanded program (extended stay and morning childcare), which is more convenient for parents.

Ministry of Education and Culture provided free textbooks for all pupils of the first and second grades of primary schools in the Republic of Srpska, in the school year 2019/2020. Additionally, for the first time it provided the textbooks for students who won the republic competition in the school year 2018/2019.  Through the project “Dositej “, the Ministry of Education and Culture of   the Republic of Srpska has equipped all elementary schools with computers for students and teachers. 847 classrooms were equipped with computers which facilitated and modernized the teaching process in all schools. A new version of E-diary was implemented as part of the project in 84 elementary and secondary schools.

Three-year secondary education corresponds to the third degree of professional training, and four-year education corresponds to the fourth degree of expertise. Secondary school can be established as a public or private school, and both are established under equal terms in accordance with the Law on Secondary education. In the Republic of Srpska, there are 94 high schools-89 are public and five are private.

In the Republic of Srpska, healthcare is provided in public and private health institutions under equal terms, in accordance with the Law on health care. The health system in the Republic of Srpska is a complex and centralised system and in its public sector it has 11 hospitals, one special hospital, one clinical centre and six institutes. A special form of health protection of population is achieved through organization of public health and includes the scientific field of preventive medical science, including hygiene, epidemiology, microbiology, social medicine, health ecology, health statistics and disease prevention. There is a public health institute in the Republic of Srpska.